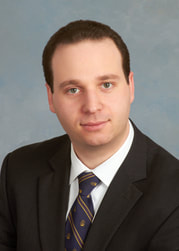 Alex is licensed to practice in Connecticut and New York courts, as well as the Federal District Court for the District of Connecticut.  Alex serves as the Vice-President on the Executive Committee of the Fairfield County Bar Association, where he also serves as chair of the Real Estate Committee.  In addition, Alex serves as a committee co-chair of the Connecticut Chapter of the American Immigration Lawyers Association, where he previously served as the Chapter Chair and member of the National Board of Governors.

Alex’s fluency in both English and Russian helps facilitate communication and transactions with clients from the former Soviet Republics.