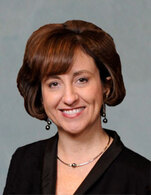 Attorney Nancy Freedman was admitted to the Washington State Bar in 1991 and worked as the Law Clerk to United States Magistrate Judge David E. Wilson in the Western District of Washington in Seattle. Upon moving back to the East coast, having grown up in Great Neck, New York, Nancy and her husband, Richard, moved to Stamford (where Richard grew up).  Nancy was admitted to the Connecticut Bar in 1996, but ultimately decided to retire from the practice of law to raise her family.  Over the years, she became an active volunteer in the Stamford Public Schools and community. She has also produced over 30 full-scale musical productions involving thousands of students from over 25 area schools.  As a result of Nancy’s work in the schools, in 2014 she was awarded the Special Achievement in Arts Education Award by the Connecticut High School Musical Theater Awards for her work at Westhill High School.  In 2018, she received the Stamford Public Education Foundation’s Excellence in Education Leadership Award. She is currently the producer of the Stamford All-School Musical which she has done since 2008.

Nancy also serves as President of the Stamford Animal Shelter Alliance, a public/private partnership set up by the City of Stamford to raise money for a new animal shelter in Stamford. Nancy served as Vice-President at Temple Sinai and has raised money for a number of area nonprofits including Curtain Call and Neighborhood Studios in Bridgeport, CT. Nancy has lived in Stamford for 26 years; she and her husband have three adult children, all graduates of the Stamford Public Schools.

Nancy received her B.A. degree in English from Stony Brook University and her J.D. from Hofstra University where she was an Articles Editor for the Hofstra Law Review.

In 2020, Nancy unretired and joined Benjamin, Gold & Troyb, P.C., where she focuses on Immigration, Real Estate and Business Law.